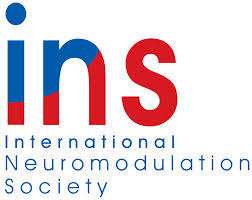 Materials and methods: Twelve centers included 115 patients in a multicenter, randomized, double-blind, controlled trial. After randomization, leads were programmed using only one or several columns. The primary outcome was change in BP visual analogic scale (VAS) at six months. All patients were then programmed using the full potential of the lead up until 12-months follow-up.

Results: At six months, there was no significant difference in clinical outcomes whether the SCS was programmed using a mono or a multicolumn program. At 12 months, in all patients having been receiving multicolumn SCS for at least six months (n = 97), VAS decreases were significant for global pain (45.1%), leg pain (55.8%), and BP (41.5%) compared with baseline (p < 0.0001).

Conclusion: The ESTIMET study confirms the significant benefit experienced on chronic BP by patients implanted with multicolumn SCS, independently from multicolumn lead programming. These good clinical outcomes might result from the specific architecture of the multicolumn lead, giving the opportunity to select initially the best column on a multicolumn grid and to optimize neural targeting with low-energy requirements. However, involving more columns than one does not appear necessary, once initial spatial targeting of the « sweet spot » has been achieved. Our findings suggest that this spatial concept could also be transposed to cylindrical leads, which have drastically improved their capability to shape the electrical field, and might be combined with temporal resolution using SCS new modalities.