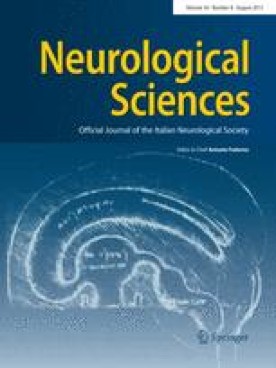 Background: Indomethacin (IMC) as a prophylactic treatment is considered to be ineffective in cluster headache (CH). However, small series suggested the interest of IMC in CH. Some authors support that an IMC test is useful in all trigeminal autonomic cephalalgias. We described clinical features of IMC responders in a retrospective cohort of chronic cluster headache (CCH).

Methods: This single-center and retrospective study was conducted in a tertiary care specialist headache center in France. Patients were selected between January 2007 and December 2008. We included all patients fulfilling CCH criteria (ICHD-3-beta). Data were collected from medical records. We recorded all the prescriptions of IMC as a prophylactic treatment. Responders were defined by 50% reduction in attack frequency; complete response was defined by disappearance of the attacks. The non-responders must have received at least 100 mg daily during 7 days.

Discussion: This study shows the interest of IMC in CCH patients. We recommend an IMC test as a third-line treatment in CCH.